Dutch imports: used in the economy or re-exported?

When visiting my sister in Rotterdam, I saw countless vessels entering and leaving the harbour, carrying goods of all kinds – from wine to cloth to mobile phones. Part of that trade is directly related to the Dutch economy, another part is distributed across the old continent or will set sail for the new world. But what part exactly? For example, which share of Chinese mobile phones imported by the Netherlands is destined for the domestic economy, and which share is sold to other countries? Of course, other countries experience similar problems estimating the destination of imports as well.

Nowadays, goods cross borders many times before reaching their final consumer. This poses challenges to economic measurement as well as policymaking because it becomes difficult to characterise the true interdependencies between countries. Regarding imports from a country, how do we determine which parts are used in the domestic economy and which are re-exported? Currently the estimates are crude at best. We developed a new method using trader data. In an article published in the August National Institute Economic Review we illustrate the working of our methods for the Netherlands, a major re-exporter, for trade with the United Kingdom and the United States.

Re-export flows can be large and they are generally growing. They account for more than 40 per cent of the total exports of commodities of Hong Kong, Singapore, the Netherlands and Cyprus. In the United States this figure is about 15 per cent, amounting to more than 200 billion dollars, and other countries (notably Germany) have sizeable and growing re-export rates too, as shown in previous studies by Notten (2015), and Duprez and Dresse (2013).

Despite the growing importance of re-exports, a great deal of uncertainty still surrounds estimates of their patterns and origins. The use of imports is not measured by country of origin. Currently, researchers use proportionality assumptions at the product level: if half of imported apples originate from France and the other half from Germany, then half of the re-exported apples are assumed to originate from France and half from Germany. However, heterogeneity at the trader level is substantial. Perhaps one trader imports only French apples and sells them all in the domestic market, while another trader imports only German apples and re-exports them. We show that the difference between trade estimates based on a proportional method and our method can exceed 50 per cent. Thus, simple proportionality assumptions can lead to biased estimates of trade dependence.

Taking the Netherlands as an example, our new method focuses on trader-level data allowing us to take their heterogeneity into account. Dutch traders import goods and re-export them. This inflates Dutch trade while obscuring the link between producing and consuming economies. This effect is commonly referred to as the ‘Rotterdam effect’ named after the harbour of Rotterdam, a major world transportation hub. Rather than linking total imports and total re-exports of each product, we link imports and re-exports of each product at a more granular level, namely at the level of the trader. We assign imports proportionally across countries where the re-exporter imported them from. We compile time series of imports for re-exports and domestic use, which provide a more precise picture of Dutch trade interdependencies.

Trade balances play an important role in the development of the trade policies of the current US administration. Using the new data Ramaekers and Wong (2018) considered the Dutch trade balance with the United States after the removal of re-export flows. In 2016, the total bilateral trade deficit in goods of the Netherlands with respect to the US was 12 billion euros. However, it can be almost entirely attributed to large re-export flows. The bilateral deficit is reduced to 0.6 billion euros when taking into account only the Dutch imports for domestic use and US imports of Dutch-manufactured goods.

The new method can be used to improve multi-region input-output tables (MRIOs) such as Eora (Lenzen et al., 2013), Exiobase (Wood et al. 2015), FIGARO (Remond-Tiedrez and Rueda-Cantuche (ed.) 2019), TiVA (OECD and WTO, 2012) and WIOD (Timmer et al. 2015). MRIOs are vital in the analysis of global value chains and trade dependencies. Ángel Gurría, Secretary-General of the OECD, said this “has helped to decode the trade genome”.

In conclusion, in the same way that advances in the measurement of trade in value added have uncovered several previously unknown indirect relationships between countries, better measures of re-exports challenge our understanding of current trading relationships. For some countries the estimates of imports for re-exports obtained by our method differ substantially (more than 50 per cent) from existing estimates. Proper estimates are critical for well-informed trade negotiations, as can be seen in the examples of the United Kingdom and the United States.

A full version of this paper is available here: https://www.niesr.ac.uk/publications/distinguishing-between-imports-domestic-use-and-re-exports-novel-method-illustrated

This paper was presented at the ESCoE Conference on Economic Measurement. 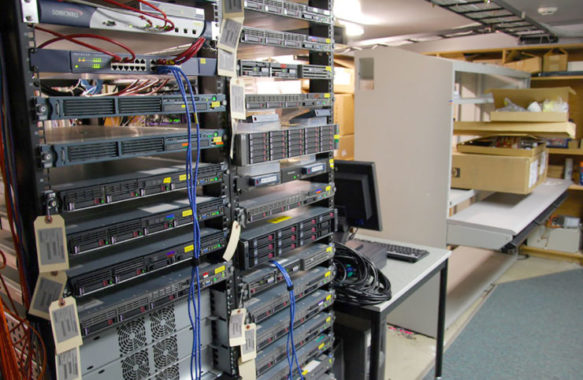