The ESCoE published a report in 2020 examining public understanding of economics and economic statistics. The survey and focus groups undertaken for that report revealed significant gaps in people’s understanding of economic concepts and data. The general public also often demonstrated insightful and nuanced understandings of the economy that simply came from a different and more personal perspective than those of economists. The report recommended that significant effort should be invested in making the broader economics community engage more directly with the public’s perspective of the economy. A particular focus of this initiative would be on how economists can improve their own communication to the wider public to ultimately help improve the UK population’s economic and statistical literacy.

One year on from that report, the ESCoE today publishes the findings of a new follow-on study. Our research team recruited 15 economists and statisticians from universities, research institutes, public organisations, private companies and so on, and gave them the opportunity to attend a series of workshops with 55 members of the public. The primary aim of these workshops was to engage economists (and statisticians) with public perspectives by listening and speaking with members of the public about economic concepts and statistics. The participating economists gained direct, first-hand experience of how people view the economy and how people react to an economist’s perspective. Following the workshops, we interviewed all economists to hear their reflections on what they had seen and learned, including on how the experience could potentially inform their own communications with the public in the future. The public participants also completed a survey after the workshop about their experiences of attending.

Overall, the study demonstrates the value of bringing people together and engaging in constructive conversation. Members of the public found it refreshing to speak directly about economic issues rather than hearing about them second hand from politicians and journalists in the news. The economists who took part thought it was a privilege to have the opportunity to listen to public perspectives and they perceived substantial benefits to their own understanding of where the public is coming from on the economy.

While members of the public often misunderstood important aspects of the economy, they also confounded the expectations of many economists during their conversations. For example, revealing to economists that people’s understandings of the economy can be quite rich and nuanced. Economists came away with an understanding that what they previously saw as public misperceptions were sometimes simply a result of the public viewing the economy from a different, more personal perspective. As an example, many economists realised that their own definition of unemployment – defined as the number of people out of work but actively looking for work– is not necessarily intuitive. This is also at odds with the common public assumption that unemployment simply refers to people who do not have a job. In percentages, the difference in those implied definitions are stark: 24.7% and 4.5% for the public and economists, respectively.

Observing how the public viewed the economy differently to themselves but not necessarily wrongly, provided economists with invaluable insights about how to improve their own future communications. Examples of how this could translate into improved practice include communicating economic issues and data through separate outputs, using simpler and more relatable language, and focusing more on context and narrative rather than economic figures and what is being perceived by some as ‘economic jargon’.

When reflecting after the workshops, some economists regretted that the general public was not normally one of their main target audiences, recognising that their communication was primarily aimed at informing policymakers. They perceived that the wider public were clearly very interested in the economy, especially if content was presented in a way that made it more relevant to people’s personal experiences, interests and where they lived.

Economists recognised that a significant and sustained effort was needed from a wide range of economic practitioners to help build and develop public trust in the economics profession. We argue that while it would be beneficial to incorporate economics and statistics better into the school curriculum, the most important step would be a wide-reaching programme of public engagement activities. Existing initiatives such as the Bank of England’s Citizens Panels should be encouraged and welcomed. However, it was noted these are often involve already engaged parts of the public who voluntarily sign up for events. We think it is crucial that economists talk to people from all walks of life. In this study, we achieved this by sampling through a recruitment company and paying public participants for their time.

Finally, our research shows that economists sometimes face the challenge of how their communication is filtered through to the wider public via intermediaries such as the media and journalists. While economists in this study identified many potential ways to improve their communication strategies, they sometimes thought it would be difficult to implement this in practice. For instance, some informed us that even if they focused more on the context and narrative around the most recent unemployment figures, they feared that the media would still be mostly interested in the single catch-all unemployment figure which provides simple and powerful news stories. We argue there is a need to learn from and instigate successful initiatives known from other disciplines, such as the Science Media Centre, to help foster relationships between economists and journalists, especially by assisting economists to better support journalists in reporting on economic issues.

The report authors together with researchers at the Behavioural Insights Team are already working on some of the recommendations in this report. We are currently designing alternative ways of presenting labour market statistics to the public and exploring how economists can support journalists better in reporting on the economy. We look forward to seeing what we can achieve together.

The full report can be accessed here.

Johnny Runge is an ESCoE Topic Lead and a Principal Social Researcher at NIESR.

What can Economists Learn from Public Perspectives on the Economy and Economic Statistics? (ESCoE OP-04) 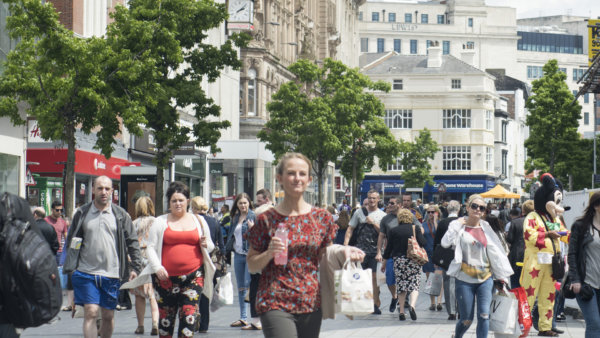