Accounting for Growth in the Age of the Internet: The Importance of Output-Saving Technical Change

We extend the conventional neoclassical production and growth framework, with its emphasis on total factor productivity as the primary macroeconomic mechanism of innovation, to allow for technical change that affects consumer welfare directly. Our model is based on Lancaster’s “New Approach to Consumer Theory,” in which there is a separate consumption technology that transforms goods, measured at production cost, into utility. This technology can shift over time, allowing consumers to make more efficient use of each dollar of income. This is an output-saving technical change, in contrast to the resource-saving technical change of the TFP residual. The output-saving formulation is a natural way to think about the free information goods available over the Internet, which bypass GDP and go directly to the consumer. It also leads to the concept of expanded GDP (EGDP), the sum of conventional supply-side GDP and a willingness-to-pay metric of the value of output-saving innovation to consumers. This alternative concept of GDP is linked to output-saving technical change and incorporates the value of those technology goods that have eluded the traditional concept. It thus provides a potentially more accurate representation of the economic progress occurring during the digital revolution. One implication of our model is that living standards, as measured by EGDP, can rise at a faster rate than real GDP growth, which may shed light on the question of how the latter can decline in an era of rapid innovation.

Leonard Nakamura is Emeritus Economist of the Research Department of the Federal Reserve Bank of Philadelphia. He has written numerous scholarly articles on real estate economics, banking, economic measurement, and investment in intangible assets.  He has given keynote addresses at conferences across the U.S. and the world, primarily on the measurement and economic impact of creativity.  Previously, Nakamura was Vice President and Economist at the Federal Reserve Bank of Philadelphia, and before that an economist at Citibank and a senior economic consultant for The Conference Board. He was previously a faculty member at Rutgers University, and has taught courses at Swarthmore College, Bryn Mawr, and the Wharton School. 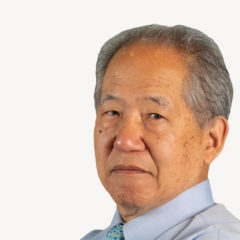