Data Uncertainty and Business Cycles: an Evaluation of the Bank of England’s Probabilistic Backcasts

Data uncertainty arises when economic statistics from official surveys are subject to both sampling and non-sampling errors. Estimates for statistics like GDP are regularly revised as new information is received and methodological improvements are made. While the Office for National Statistics, in the UK, emphasise the uncertainty of early GDP data releases by indicating that their data will be revised, it is the Bank of England that provide quantitative estimates of historical and current GDP data uncertainty, as perceived by their Monetary Policy Committee. In this paper, co-authored with James Mitchell (Warwick Business School), we evaluate, characterise and seek to understand data uncertainty as measured by the Bank of England’s fan charts for historical GDP growth. We find that since 2007 the MPC have, on average, under-estimated data uncertainty. We use models with stochastic volatility applied to ONS data revisions to show that data uncertainty clearly increases with business cycle downturns, in particular the 2008/2009 recession. To produce accurate data uncertainty estimates therefore requires an understanding of business cycle movements.

Ana Beatriz Galvão is Associate Professor of Economic Modelling and Forecasting at Warwick Business School, University of Warwick, since 2013. Her current research on data uncertainty is being undertaken as part of the research programme of the Economic Statistics Centre of Excellence. She was the principal investigator of an ESRC-funded research project on “Economic Forecasting under Macroeconomic Uncertainty” over the 2013-2015 period.  She is currently Associate Editor of the International Journal of Forecasting and the Economic Modelling, and it is part of the team behind the Warwick Business School Forecasting System.  Ana’s research interests include empirical macroeconomics, forecasting, and nonlinear time series models. Her research has been widely published in leading academic journals such as Journal of Econometrics, Journal of Business and Economics Statistics, Journal of Applied Econometrics, European Economic Review and International Journal of Forecasting. 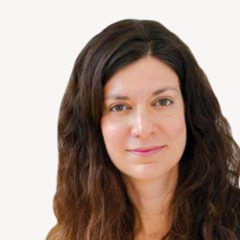