Presented by  Thomas F. Crossley,University of Essex, ESCoE and Institute for Fiscal Studies

Researchers are often interested in the relationship between two variables, with no available dataset containing both. For example, surveys on income and wealth are often missing consumption data. A common strategy is to use proxies for the dependent variable that are common to both surveys to impute the dependent variable into the data set containing the independent variable. We consider the consequences of estimating a regression with an imputed dependent variable, and how those consequences depend on the imputation procedure adopted. We show that a often used procedure is biased, and offer a correction and the correct asymptotic standard errors. We illustrate these with a Monte Carlo study and an empirical example using data from the US Consumer Expenditure Survey (CE) and the Panel Survey of Income Dynamics (PSID).

Thomas F. Crossley  is Professor of Economics at the University of Essex, Associate Director of Understanding Society, the UK Household Longitudinal Survey, and a member of the Economic Experts Working Group of the ONS. He is also an ESCoE researcher, an elected member of the Conference on Research in Income and Wealth (CRIW), a Research Fellow of the Institute for Fiscal Studies and a Research Fellow of the CESifo Research Network. He has broad interest in economic measurement including the design, collection and analysis of survey data, price indices, issues around data linkage, and micro-macro comparisons. 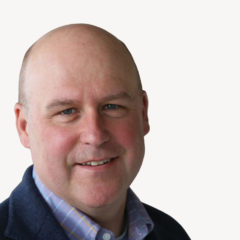