The UK relies on survey data such as the Annual Population Survey to produce estimates of its local area immigrant populations at higher frequencies than generated by the decennial Census. All sample surveys come with some level of uncertainty attached to their estimates which can be particularly acute at local area level where sample populations are smaller. We therefore explore whether the local area population counts of immigrants contained in the electoral ‘register’ could help improve and complement the accuracy and reliability of published local area migration statistics.

Augustin De Coulon is a Senior Lecturer in Economics at King’s College London. He moved to King’s in 2009 from the Institute of Education. Previously, he was at Queen Mary University of London. His main interest is in applied micro-econometrics. He studied at the London School of Economics (LSE) and the University of Geneva, where he obtained his PhD in economics. His PhD work focused on the labour market assimilation of immigrants. Besides immigration, he also works in the fields of the economics of education (basic skills and vocational training) and health economics. 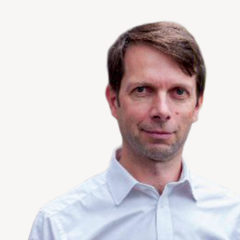