The nature of international trade has changed considerably after 1990, and even more rapidly so in the first decade of the 21st century. Many production processes have become organized in internationally dispersed supplier networks, so-called global value chains (GVCs). This tendency has implications for the competitiveness of countries and regions and for the implications of trade policies. This paper uses the regionalized world input-output tables from the EUREGIO-database, for 2000 and 2010. These give quantitative descriptions of the world production structure, and the linkages between regions and countries regarding the sourcing of raw materials, parts, components and (business) services. We consider three questions: (1) To what extent do regional UK economies (defined at NUTS2 level) depend on economic activities (measured by value added and employment) contributing to GVCs, and how did this change between 2000 and 2010? (2) How did the international competitiveness of UK regions change between 2000 and 2010, if we adopt competitiveness measures that are appropriate in a world in which GVCs are pervasive? and (3) How high are the employment risks associated with reductions in the UK’s exports to EU countries after Brexit given that production processes are organized in supply chains that span multiple regions and countries, and how do these risks vary across UK regions?

Bart Los is Professor of the Economics of Technological Progress and Structural Change at the University of Groningen. He obtained his PhD from the University of Twente (The Netherlands) in 1999. His research mainly deals with relationships between trade, structural change and economic growth. He has also been active in the fields of regional science and innovation studies. He published his work in journals like American Economic Review, Economic Policy, Journal of Development Economics, Journal of Economic Perspectives, Journal of Regional Science and Research Policy. He was one of the three coordinators of the World Input-Output Database (WIOD) project, funded by the European Commission’s 7th Framework Programme and has been editor (2009-2018) of Economic Systems Research, the journal of the International Input-Output Association. As of 2019, he is acting as Vice-President of this association. 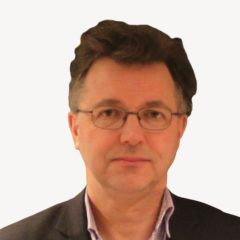