Defining and measuring the innovativeness of firms

By Giuliana Battisti and Paul Stoneman

It is generally accepted in policy circles that there is a close link between business innovativeness and economic prosperity. This belief promotes a desire to measure innovation in business and to compare such innovative performance across countries, industries and time perhaps with policy intervention in view. Our study offers a means of undertaking such measurement and derives new insights in to innovative performance without the large scale, expensive and time consuming surveys that are the main sources of current data by using publicly available accounting data on quoted firms. You can read the full Discussion Paper here. 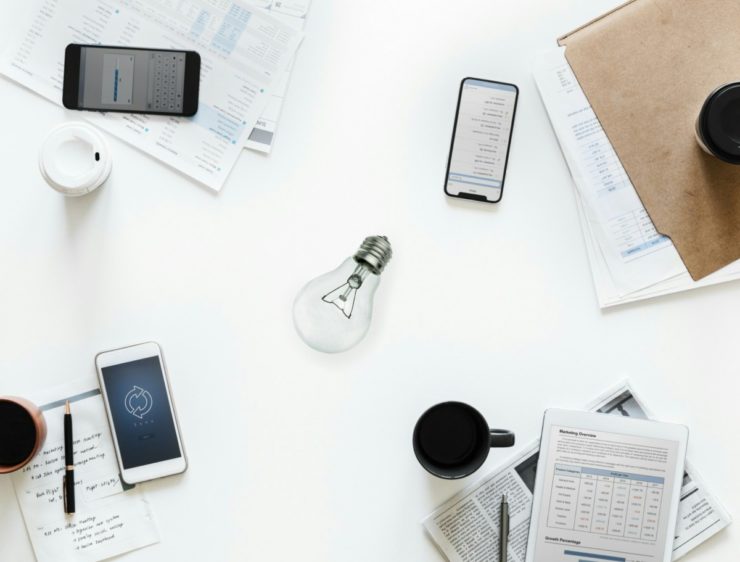 The most widely used definition of business innovation, as provided by the OECD, is that it involves the introduction on to the market of a new or improved product and / or the bringing in to use of a business (i.e. production, managerial or organisational) process that differs significantly from the firm’s previous products or business processes. This considers innovation as activity that is new to the firm, not necessarily new to the world. This has been alternatively labelled ‘the exploitation of new ideas’. The definition does not distinguish between successful and unsuccessful innovation. As such it appears to be a definition of the level of innovative activity rather than innovation per se. Use of such a measure is rather like scoring a football match in terms of shots on goal rather than the numbers of goals actually scored. Innovation would be better defined as the successful exploitation of new ideas, with the emphasis upon success.

In our study (ESCoE DP 2019-19 Defining and Measuring the Innovativeness of Firms) success is defined by the impact on firm profits. By modelling the determination of firm profits over time (with output and prices endogenised) innovativeness for firm i in time t (M(i,t)) is derived to be, and then measured as, the rate of growth of firm operating profits, plus the growth in the money wage rate weighted by the ratio of labour and profit shares in value added, minus the rate of growth of the GVA deflator in local currency for the industry and country to which the firm belongs, as a measure of shifts in demand, weighted by the inverse of the profit share. All except the latter can be measured by data in company accounts and the latter can be sourced from easily accessible national data. The residual approach taken is very similar to (and has the same drawbacks as) that used in much of the literature on the growth of productivity.

Estimated M(i,t) may be positive or negative. A negative value would (arithmetically) result if the firm’s rate of profit growth were less than that which might be expected from (autonomous) shifts in demand or reductions in wages. With innovation defined as the successful exploitation of new ideas, a zero estimate indicates that the firm does not exploit new ideas or that its exploitation does not impact upon profits. One might note that in the UK, for example, in 2015, only 18.4% of firms product innovated, with 11.9% of firms process innovating (using Innovation Survey data), which, even with the possibility of organisational and marketing innovation, allows many zero observations. A negative estimate of the innovation measure would suggest that the firm is not successful in its exploitation of new ideas. Although we have no data on process innovation failure rates, reviews of the literature on product innovation failure rates suggest that the new product failure rate is around 40% or higher, which is still sufficient to indicate much unsuccessful innovation and thus the possibility of many negative values for the innovation measure.

For an unbalanced international sample of 16457 quoted firms over the period 1988-2012 (in general the sample firms are large), operating in 39 sectors, and in 38 countries (yielding a total of 165970 observations) the histogram of measured innovativeness is shown below and illustrates the wide spread of the estimates across the sample and time. It is clear that the annual contribution is clustered around zero, with a slight positive bias, but there is a wide spread of the distribution on both sides of the mean. The mean value of innovativeness, i.e. the average annual rate of growth of profits that is the result of the exploitation of new ideas, is 5.15% per annum. The standard error of the mean is 0.00435, indicating that the mean is significantly greater than zero. The median is 6.39% per annum. The variance is thus large relative to the mean and also the range is wide. The data suggest that the largest variability can be observed over time, followed by the variability across countries, sectors and then firms.

To explore whether the firms in any one country are more or less innovative than those in other countries we observe for which countries the overall mean, 0.515, is outside the range of the country’s sample mean by more (+/-) than two standard errors of that mean. We observe that on average firms in Brazil, Russia, India, China (the BRIC countries), Peru, and four EU countries (Finland, France, Belgium  and Spain) are significantly above the population mean, but, on average, firms in Hong Kong, Japan, Malaysia, South Korea and  interestingly, both the US and the UK, are statistically significantly below the sample mean. For only two countries, Japan and Malaysia, is the mean below zero by more than two standard errors of the sample mean (i.e. significantly).

These results may not be what might have been initially expected. For example the indication that Indian firms are more innovative than firms in the US, UK and Japan might not match preconceptions. It might be thought that as leaders in, for example, the development and use of new product and process technologies, firms in the latter three countries are surely the more innovative. One should note at this point that the measure of innovativeness employed here is a measure of the impact of activities that are new to the firm and not new to the world.  It is thus quite possible that firms in developing nations may be measured as particularly innovative because, although they may not be the most advanced, they have the potential to benefit by catching up with firms in developed economies whose production activities may already be closer to the knowledge frontier. This could be a major factor behind the finding that firms in the BRIC countries do well (as do firms in certain European nations) whereas firms in Hong Kong, Japan, Malaysia, South Korea, the US and the UK do less well.

In the Discussion Paper we further observe (i) that although innovativeness changes over time there are no obvious trends, and (ii) that the estimates of the sectoral means do not differ significantly from the overall mean for 27 of the 39 sectors and there is no evidence that high tech or R&D intensive sectors are more innovative as defined herein than others.

Defining and Measuring the Innovativeness of Firms (ESCoE DP 2019-19)