Regional growth in 2018 – what happened?

What does this imply about economic growth in the regions and nations of the UK?

In the meantime, ONS have provided new estimates of regional growth for the calendar year 2017, and just last week the ONS released UK-wide growth data for 2018 Q4.

An excel spreadsheet with the latest growth estimates at a regional level covering the period 1970 Q2 – 2018 Q4 is available to download here.

An ESCoE Discussion Paper (2018-14) outlining the methodology used to produce these estimates is also available.

The chart and table below compare our regional growth estimates for 2018 to those of the UK as a whole: 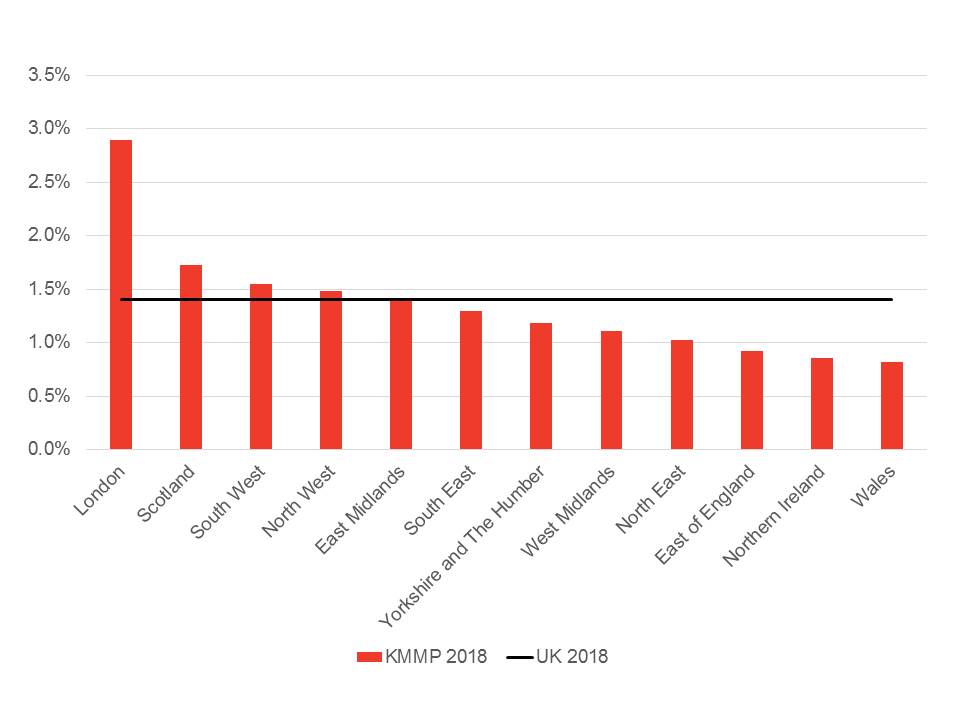 We can see that London continues to far outperform the rest of the UK, realising growth more than twice as fast as the UK as a whole. Meanwhile Scotland, the North West, South West and East Midlands saw growth in 2018 slightly faster than the UK as a whole.

Lagging substantially behind the UK as a whole were Wales, Northern Ireland and the East of England.

The chart and table below compare growth in 2017 (provided by the ONS) and 2018 (from our model) at a regional level. 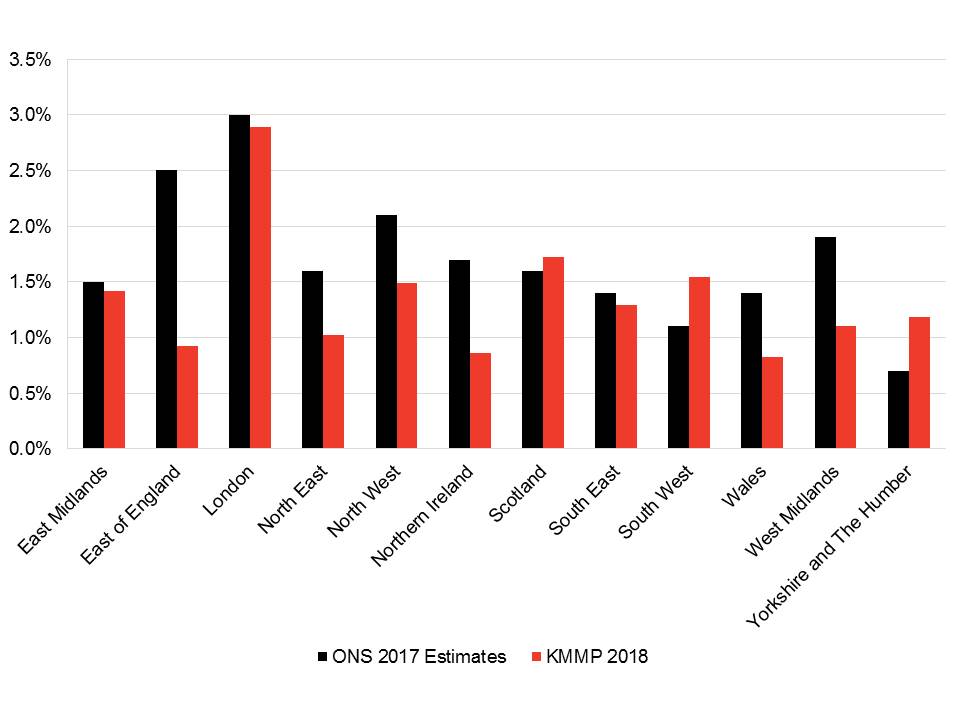 While there is clearly a slowdown in the rate of economic growth in the UK through 2018, our results show that this wasn’t necessarily the case everywhere. Scotland, the South West and Yorkshire seem to have had a slightly better 2018 than they had 2017.

Finally the reader may wonder how our estimates for regional growth in 2017 (and previous years) compare to those of the ONS. By design, our model constrains to the available regional annual growth estimates from the ONS.

Similarly, albeit in a different way to take account of issues around the UK Continental Shelf (or ex-regio depending on your preferred nomenclature), we also constrain our estimates at a regional level so that they aggregate to match overall UK growth.

The coming weeks will be a critical time for the UK economy, with the possibility of ongoing economic uncertainty being resolved. It’s important to remember however that, as our results show, headline UK growth can mask significant variation in the economic experience of different parts of the UK.