The Mystery of TFP

1. From technical and scientific progress (including improvements in management techniques).
2. From learning effects, either learning by doing or learning from others, or more broadly from externalities and economies of scale.
3. By reallocation of inputs towards more (or less) productive uses, either at the firm or the industry level.
4. As an artefact of measurement error.

The fact that industry TFP growth rates differ suggests adding a fifth source of TFP growth at the aggregate level:

5. Shifts in the structure of output and demand leading to changes in the aggregate growth rate of TFP and hence of aggregate labour productivity. These shifts could be favourable or unfavourable to growth.

I call it the “mystery” of TFP since though almost everyone agrees it is fundamental to growth there is no consensus as to how much of measured TFP growth should be allocated to each of the five sources just listed. And in my new Discussion Paper for ESCoE I  argue that the likelihood of significant measurement error bedevils further progress in understanding.

I use the EU KLEMS dataset, which is consistent with the national accounts of the participating countries and is the best available source for productivity, to study this question. From EU KLEMS I obtain data on TFP and related variables for 10 sectors covering the market economies of 18 countries (including three from outside the EU: Australia, Japan and the United States). The time period at its maximum is 1970-2007 though not every country has data for every year.

The main findings are as follows:

1. Any theory which sees progress in science and technology as the cause of TFP growth would expect TFP growth to be persistent (i.e. positively auto-correlated). This is because innovations take time to spread. But at the industry level there is no persistence in TFP growth. However persistence does appear when we aggregate industries to the level of the market sector as a whole. I argue that this is due to errors in the measurement of real value added growth at the industry level, leading to excessive volatility in year-to-year growth rates. These errors cancel out after aggregation to the market sector level.

2. In all the countries considered here resources have been shifting out of agriculture and manufacturing, where TFP growth is high, and into finance and particularly business services where it is (apparently) low. In fact, in business services TFP growth is measured to be on average negative in 17 out of the 18 countries studied here. Despite this I conclude that structural change has probably been favourable to growth in most countries. The negative TFP growth in business services is very implausible. So I set this rate to the average rate in the market sector as a whole, with a corresponding downward adjustment in all other sectors to maintain the same aggregate rate. With this adjustment structural change is found to favour growth in 11 out of the 18 countries, and by an economically significant amount.

3. Underestimation of quality change in capital goods could cause the role of TFP growth to be overstated and the role of capital to be correspondingly understated. And such underestimation, due to the failure of price indices for capital goods to fully reflect quality change, is plausible. But the upper limit for the effects of this mismeasurement seems to be fairly low, of the order of 0.35% p.a. At the aggregate level such an error is partially offset by a corresponding error in measuring the growth of output.

4. Capital’s role could also be understated if expenditure on some inputs is wrongly classified as intermediate consumption rather than as investment. The System of National Accounts now admits both expenditures on software and on R&D as investment where previously they were classified as intermediate, a change that came too late to be included in this vintage of EU KLEMS. The net could be cast wider to include other types of expenditure on intangibles. But the evidence to date is that this will not reduce the importance of TFP in the growth process. This is because treating more inputs as investment changes the measurement of output as well as of capital.

5. Capital’s role in the growth process would be larger if the elasticity of output with respect to capital were higher than capital’s share, the latter being the standard growth accounting measure. This could be due to economies of scale, network externalities or to learning-by-doing. But the increase in the elasticity necessary to reduce the role of TFP to zero (approximately a doubling) is far too large to be plausible.

6. The pattern of growth in these 18 countries is not consistent with the predictions of the standard one-sector (Solow) model. The labour productivity growth rate exceeds the rate predicted by the Solow model in 17 out of the 18 countries; on average the actual rate is higher by 0.75% p.a. Also the growth of capital per hour exceeds that of labour productivity by on average 0.96% p.a. whereas in the Solow model these rates should be the same. These facts are more consistent with a two-sector model in which the relative prices of high-tech capital goods are continuously falling.

7. Finally, one empirical property of the raw data for TFP is inconsistent with standard theory: capital accumulation does not respond positively to a rise in the TFP growth rate. This is at first puzzling since TFP growth raises the marginal product of capital, thus creating an incentive to invest. However when the data are smoothed to remove cyclical effects the expected pattern appears: an increase in the TFP growth rate does increase the growth rate of capital per hour in the long run, though reducing it in the short run. This is consistent with a new Keynesian model in which prices are sticky in the short run.

In summary, we have seen that any attempt to eliminate TFP from the growth story and replace it with some wider or better measure of capital seems unlikely to succeed. But we still have much to learn about TFP. Given the importance given to TFP by growth theory and current fears of a pervasive growth slowdown, it is depressing that so much of the discussion still needs to be about measurement error. This is not the fault of the data compilers who are doing their best with limited resources. But though policy-makers everywhere are concerned about these issues they have hitherto generally been unwilling to devote the (quite limited) additional resources needed for improved measurement to advance understanding. The establishment of ESCoE is therefore a very welcome step in the right direction and gives some hope that the mystery of TFP will eventually be solved. 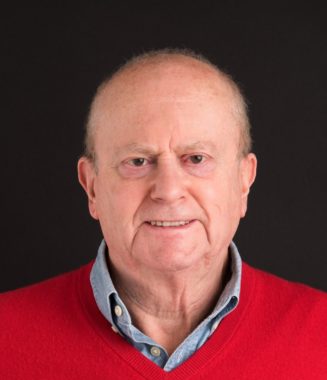