Towards a global index of misreported trade

In a recent forum, jointly organized by UNCTAD and the Transnational Alliance to Combat Illicit Trade (TRACIT) on 18 July 2019, experts urged for concerted global actions against illicit trade to achieve the UN’s Sustainable Development Goals (SDGs). Although the precise measurement of this illicit trade is, by definition, extremely difficult, it may be possible to look for clues to the size of this illicit trade through discrepancies in the reported trade data between trade partners. In theory, bilateral trade data should be comparable, since each transaction is reported twice by the corresponding trading partners. However, similar to other publicly recorded economic activities where deviations from actual figures can generate rents, discrepancies in reported trade data have become a historical regularity, and their existence has become widely recognized in the economics literature.

How big is the problem?

In 1996, the US recorded a $39.5 billion trade deficit with China. However, China reported that value to be $10.5 billion (Feenstra et al., 1999). These official trade figures, reported by the world’s two largest economies, differ by $29 billion – a value equivalent to the collective GDP of Uruguay and Zimbabwe at that time. This simple but prominent example illustrates that discrepancies in reported trade statistics are unlikely to be explainable by the development status of reporting countries alone. For example, comparable gaps in reported trade numbers have been identified between Canada and the US, two of the richest OECD countries (Feenstra et al., 1999). Thus, it is not sufficient to simply assume the US numbers to be correct and the Chinese numbers to be incorrect.

Why do such discrepancies in reported trade data matter and what are the consequences?

Perhaps most importantly from a fiscal perspective, misreporting of trade data can directly decrease public resources, for example through lost revenue from tariff evasion, the misuse of export support programs, or the illegal transfer of capital. In reality, fabricated trade statistics can put policymakers in precarious situations since trade data play a central role in macroeconomic, trade, and foreign policy considerations. Further, trade data might substantially influence a country’s   democratic decision-making processes. For instance, studies find that the magnitude of trade deficits with China played a substantial role in the 2016 presidential elections in the US and the Brexit referendum (Schneider-Petsinger, 2017; Colantone and Stanig, 2018).

An objective framework for the measurement of misreported trade

In work presented at the 2019 ESCoE Conference on Economic Measurement, and published in an ESCoE Discussion Paper today, Michael Jetter, Abu Siddique, Andrew Williams and I suggest a novel methodology to estimate a country’s degree of trade misreporting and derive a trade misreporting index that is (i) non-discriminatory, (ii) scale-independent, and (iii) comparable across countries and over years. Our methodology does not require any ad-hoc assumptions about who may or may not report accurately; rather, it incorporates the full range of available data to compute trade reporting patterns of a country with all of its trading partners in a given period. We use this information to weight each reported trade entry and derive seven specific trade misreporting indices, capturing under- and over-reporting of trade, exports, and imports, as well as total trade misreporting.

What do the indices tell us?

After laying out the theoretical derivation, we apply this method to bilateral annual trade data from 1996-2015, covering over 58 million pairs of bilateral trade entries at the HS 4-digit level, accounting for approximately 98 percent of world merchandise trade. To our knowledge, these constitute the first systematic trade misreporting indices that are comparable across countries and over time, as well as independent of ad-hoc definitions about countries’ reporting accuracies. In a descriptive analysis of the associated country rankings, we find low-income countries tend to misreport relatively more, possibly reflecting their capacity constraints and overall restrictive policy regimes, as well as weak governance and institutional quality. Emerging economies, including countries exporting primary resources, are more likely to under-report exports – a possible indication of illicit capital flight. A full list of our trade misreporting Indices for the 1996-2015 period is available here.

The case of China: As one particular case study of our indices, we then turn to China. We find China’s average export misreporting index to be around 40 percent higher than that of OECD countries. Chinese overall trade misreporting started to decline significantly right before 2001 – the year when the country joined the WTO. Quite possibly, this could reflect the transparency and gradual liberalization requirements China had to comply with for its accession into the multilateral trading system. Furthermore, our indices suggest that possible illicit capital outflows through import over-reporting and export under-reporting declined over the years, corresponding to China’s gradual relaxation of its capital outflow control regimes. However, possible inflows of ‘hot money’ through export over-reporting may have increased in recent years.

An Empirical Application: Finally, we present an empirical analysis of import under-reporting, using our panel dataset of 107 countries from 1996-2015. Economic intuition, as well as several country-specific studies, suggests that larger tariff or VAT rates should increase importers’ incentives to underreport in order to avoid taxation. Indeed, our results provide evidence consistent with that hypothesis on a global level, even after accounting for a list of potentially confounding factors, as well as country- and year-fixed effects.

Beyond these specific implications, we see these findings, as well as the case study of China, as useful applications to illustrate the capabilities of our derived indices for future research. We hope that our indices can be of value for empirical researchers interested in a better understanding of the determinants and consequences of misreported trade data. For example, the indices may be used to study a range of trade policy analyses, such as (i) estimating the welfare effects of trade facilitation programs, (ii) devising effective export support, and capital control programs, or (iii) supplementing bilateral and multilateral trade negotiations and foreign policymaking. Of course, these indices aren’t perfect. However, we hope they provide a useful starting point to empirical studies on trade misreporting, both within and across countries.

This paper was presented at the ESCoE Conference on Economic Measurement 2019. 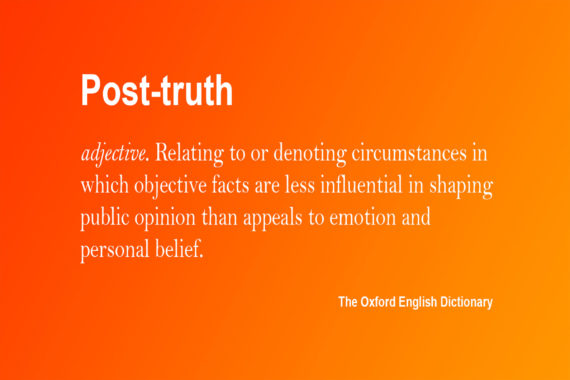