A Democratic Measure of National Income Growth for the United Kingdom, 2006-2015: Methods and Estimates

Growth in the geometric mean of population measures of income offers a measure of growth which gives equal weight to the experience of each population unit- a democratic measure of income growth. We show how a democratic measure of national income growth can be produced, based on the Effects of Taxes and Benefits data set and the Living Costs and Food Survey. Three issues are addressed. First disposable income retained by the company sector or accruing to the government needs to be allocated to households. Secondly, the survey aggregates need to be rendered consistent with the national accounts; this is done either by scaling or where possible, modelling based on data from other sources.  Thirdly, the deflator needs to be a democratic rather than a plutocratic price index. UK data show declining inequality over the period 2006 to 2015 and, consistent with that, we find that the growth rate of real democratic national income per household (after adjusting for household size) grew slightly faster than real plutocratic income per household over the period in question.

Martin Weale is Professor of Economics at King’s College London. He is a researcher at ESCoE and affiliated to the Centre for Macroeconomics at the London School of Economics and is a member of the ONS Panel of Economic Experts and the ONS Technical Panel on Prices. He was also a member of the advisory panel set up for the Johnson Review.  He was for six years (to August 2016) an External Member of the Monetary Policy Committee and before that he was Director of the National Institute of Economic and Social Research for fifteen years.  He has a long-standing interest in economic statistics and is the author of many journal articles on the topic. He was appointed CBE for services to economics after completing his work for the Turnbull-King Review of Average Earnings.

Andrew Aitken is a Research economist at NIESR and the Economic Statistics Centre of Excellence. He holds a Ph.D. in Economics from Royal Holloway, University of London. In his research he explores measurement and inequality, regional disparities, and other topics in labour economics including migration and minimum wages. He has previously worked at the leading economic research institute in New Zealand, Motu Economic Research. 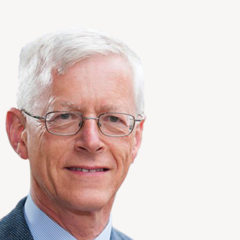 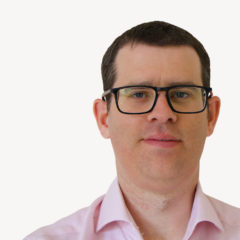