Technology, Intangible Assets and the Decline of the Labour Share

The labour share, the proportion of national income paid to workers, has been falling in most developed economies since the 1980s, as illustrated in figure 1. This implies that the benefits of growth may not be shared equally between workers and capital owners. This is a particularly worrying phenomenon in the presence of increasing wage inequalities, as it implies that the average worker’s share of national income has become lower over time. Our study shows that capital heterogeneity plays a crucial role in driving labour share dynamics.

The literature to date provides a number of explanations for the decline in the labour share, including globalisation, market regulations, market concentration and technical change. Recent technologies have been increasingly capital-using, leading to more capital-intensive production activities, facilitated by a decrease in the price of capital goods. Investments in Information and Communication Technologies (ICT), automation and artificial intelligence are gradually replacing tasks previously performed by workers. In these findings the notion of ‘capital’ plays a central role but the definition of capital generally refers to a total capital measure, without accounting for the possibility that different types of assets can drive the labour share in opposing directions. In contrast, research at the company level observes that production is increasingly relying on a variety of intangible assets.

Over time, the concept of capital has become more complex so the use of an aggregate measure prevents the correct identification of complementarity and substitution effects between capital and labour. Our theoretical model allows for these assets to affect the labour share in different directions depending on the capital-labour substitution/complementary relationship and the workers’ skill level. We test the predictions of our model using a large cross-country, cross-industry data set, considering different forms of tangible and intangible capital inputs. First we investigate the impact of different types of capital over a long time period, 1970-2007 period. This shows that the decline of the labour share has been mainly driven by technical change and Information and Communication Technology (ICT) assets, mitigated by increasing investments in R&D-based knowledge assets.

Our paper (ESCoE DP 2019-17) then investigates the role of intangible capital in more detail using data for a shorter period, 1995-2007. Here we further divide intangible assets into innovative property and economic competencies. Innovative property refers to the innovative activity built on a scientific base of knowledge as measured not only by conventional R&D statistics but also by innovation and new products and processes more broadly defined, including new architectural and engineering design, mineral exploration and new products development costs in the financial industry. Economic competencies include spending on strategic planning, worker training, redesigning or reconfiguring existing products in existing markets, investment to retain or gain market share and investment in brand development.

Our analysis investigates the effects that these different types of assets have on the labour share, next to a more traditional concept of capital and a measure of technical change, which captures the additional effect of technical advances beyond that embedded in new capital assets. In addition, we recognise that substitution/complementary effects do not only depend on the type of capital but also on the type of labour. Therefore, we analyse movements in the total labour share and in the labour share for high-skilled and lower skilled workers.

The main results of our analysis can be summarised as follows:

Overall, our results show that the low skilled are increasingly suffering the negative consequences of technical change and of the development of the new types of capital assets that the latest innovative wave has produced. Future research should further extend the analysis of substitution/complementary effects, using data with more information on the different types of skills/occupations and different tasks within occupations. In fact, several jobs require a multitude of tasks and not all of them are easily replaced by technology.

Our results suggest that focusing on the elasticity of substitution between a single labour and a single capital input is a very limited way of looking at modern production, characterised by increasing capital and labour heterogeneity. In this context, measuring the different types of capital becomes crucial. Recent debate on the nature of intangibles has identified some problematic issues. For example, in the case of intellectual properties, globalisation leads to a divergence between ownership and use across national borders. Current intangibles datasets do not account for these aspects, as they are generally based on aggregate data. There is an urgent need for statistical offices to develop better measures of intangible assets, building up from firm level data.

Finally, this paper (ESCoE DP 2019-17) links with recent literature questioning what is captured by profits when they are calculated as a residual between output and current expenditures. As intangible assets are not generally measured in official datasets, it is difficult to disentangle whether increases in profits are due to firms’ returns on their intangible investments or above normal profits due to market concentration. The superstar firm literature emphasises that markets have become less competitive due to the nature of the recent digital technology revolution. The same technological developments, however, have led to increased investment in intangible capital as complementary inputs. In turn, investment in intangible assets, such as brand development, might reinforce any trend towards concentration. Disentangling these influences is an important area for future research.

Technology, Intangible Assets and the Decline of the Labor Share (ESCoE DP 2019-17) 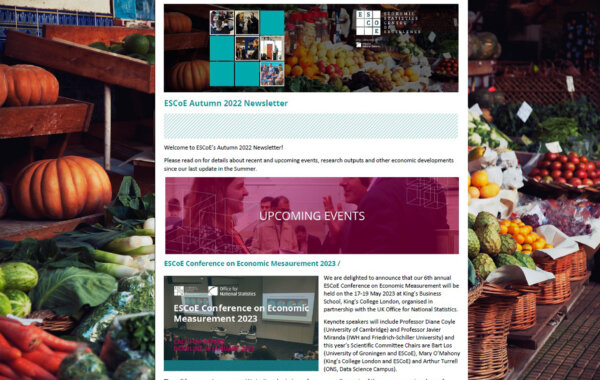 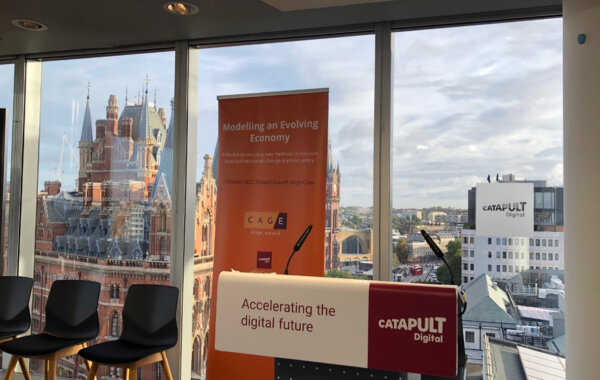 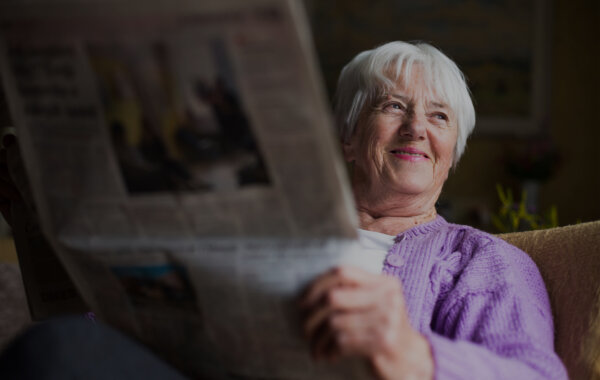